What is Orgasm Essence?

In 1986, American scientists discovered and purified pheromone perfume from human sweat. Strict scientific experiments proved that it has a strong attraction to the opposite sex. Mainly to awaken female patients with frigidity, a sex-related hormone, also called pheromone in scientific name, which is to reveal sexual information to the opposite sex. The purpose of this message is to tell the other party that there is the opposite sex, and then attract the other party's approach. Some are sprayed on men and some are smeared on women's private parts.Orgasm Essence is a product with an essence texture containing pheromones. 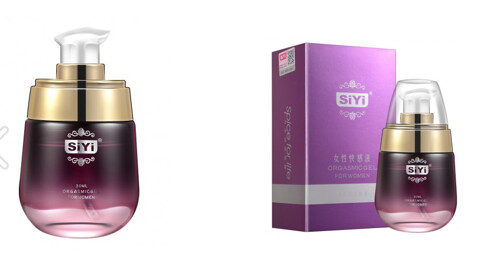 At present, the so-called pheromone perfume on the market does not contain human pheromones, but is derived from the saliva of pigs.

The merchants claim that the hyrenone in the saliva is the pheromone for men, androstenone.

Stimulate love: experience new subtle emotions, ignite the flame of love between you and your lover, and enhance the relationship between the opposite sex;

Helping the cause: Using pheromone for commercial purposes, customers are more willing to buy your services or products; using it in your business activities can increase the chance of a deal.

Gain self-confidence: Carrying pheromones can affect the subconsciousness of people around you, make them trust you, and thus make you confident!

Adjust the environment: eliminate the inexplicable anxiety in the team with imbalanced gender ratio and improve work efficiency.