Delayed condoms are generally thicker than ordinary condoms to reduce the stimulation of the glans, and there is a condom plus a delayed spray, some of which contain special drugs in it.

First of all, let's understand what is its principle. Ejaculate fast glans skin relative to the normal male glans skin to be delicate and sensitive, triggered by fast ejaculation is mainly in the glans position sensitivity is too high, in order to reduce the friction on the glans, researchers add 5% benzocaine (Benzocaine lubricating fluid) at the condom storage vesicle, thus greatly reducing the sensitivity of the glans, often use delayed condoms, the friction of the penis significantly increased, the Sensitivity is reduced so that after a period of time, even if the delayed condom is no longer used, there is no ejaculation too soon. 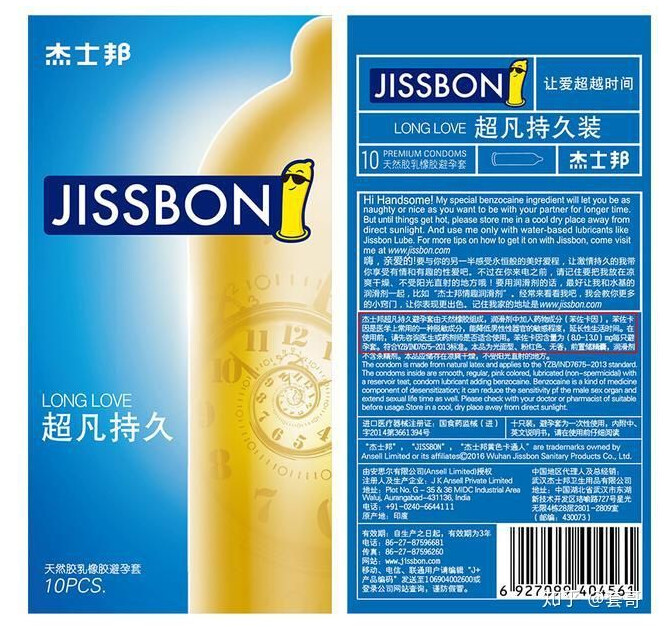 Benzocaine is a local anesthetic agent, which is mostly used clinically for analgesia and itching in wounds, ulcerated surfaces, burns, skin abrasions and hemorrhoids. The use in the condom can reduce the sensitivity of the glans through the anesthetic effect, so as to achieve the effect of time delay. Of course, the side effect of this delayed condom is to reduce the sensitivity of the glans while also reducing the pleasure of men, a small sacrifice in exchange for a happy time with your partner, and why not?

The worrying thing is that some doctors believe that excessive use may lead to nerve paralysis in the penis, and in serious cases, may even lead to the inability to get an erection. There are also doctors who say that habitual use of this drug-based delayed condom may cause dependence and thus aggravate the situation of premature ejaculation.